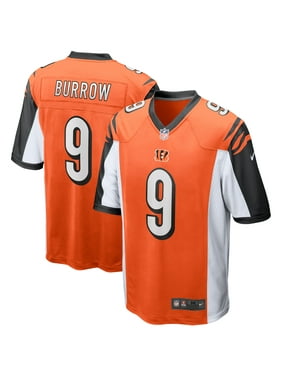 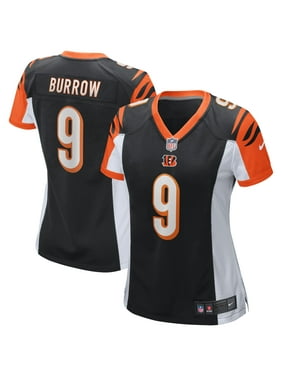 The 2020 NFL Draft is in the books and the hype around the NFL revolves around number one overall draft pick Joe Burrow. Burrow who spent time as a kid growing up in Ohio, was selected by the Cincinnati Bengals with the first overall pick after dominating the college football rankings last season in route to leading his LSU Tigers to the National Championship. The hot play at LSU and the hype of being the number one overall pick has made the Cincinnati Bengals fans scurry to find a Joe Burrow Jersey for their collection.

Get All Your Joe Burrow Gear & Collectables

After leading his high school team to three playoff appearances and passing for 11,416 yards and 157 passing touchdowns, Burrow joined the Ohio State Buckeyes to continue his football career. Despite being the eighth highest ranked dual-threat quarterback entering college, Burrow only appeared in 10 games in his three years with the Buckeyes. With the starting job handed to Dwayne Haskins, the door opened for Burrow to transfer to the LSU Tigers prior to the start of the 2018 NCAA Football schedule. 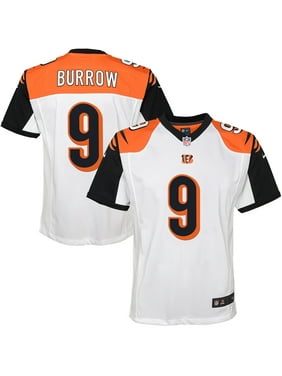 Once joining the Tigers, it didn’t take long as Burrow took after the starting quarterback spot. In his first season with the Tigers, Burrow threw for 2,894 yards with 16 passing touchdowns, seven rushing touchdowns and just five interceptions. The success Burrow found on the field led the Tigers to an impressive 10-3 overall record including a key win in the Fiesta Bowl against UCF.

After a successful first season, Burrow followed that success leading the Tigers to an impressive 15-0 record including key wins against seven teams ranked in the top 25. One of those wins came on November 9th against the Alabama Crimson Tide. The win made a statement not only for the Tigers but for Burrow as well. His hot streak on the field and the success of the Tigers helped blow up the Joe Burrow Jersey sales on campus, at LSU.

While leading the Tigers to the National Championship, Burrow finished the 2019 season passing for 5,671 yards with 60 passing touchdowns to just six interceptions. His success on the field, helped earn Burrow the 2019 Heisman Award. All of this success helped Burrow climb up the NFL draft prospect boards including the likes of Mel Kiper and Todd McShay prior to the 2020 NFL Draft. Despite not being able to put on a pro-day due to the ongoing COVID-19 pandemic, Burrow still was able to impress the Bengals leading him to be taken number one overall during the 2020 NFL draft.

Now entering his first year in the NFL, many questions are being asked about how good Burrow can be and can he turn around a Bengals team that has struggled over the past few seasons. While we all have to sit back and wait to see what Burrow can do at the NFL level, his impressive track record in high school and college should help him have success on the field at the NFL level. As a rookie, Burrow will have a difficult task ahead of him as the potential starter after the team let go veteran quarterback Andy Dalton.

Get Your Joe Burrow Jersey & Memorabilia

In 2020, Burrow has the potential to put up some solid numbers with an offense that has some solid offensive weapons. Those weapons include A.J. Green, John Ross, Joe Mixon, Tyler Boyd and C.J. Uzomah. While uncertainty is the question, Burrow showed accuracy in his final season with the Tigers completing 76 percent of his passes. This type of accuracy and those weapons has the potential for Burrow to be a big weapon as a rookie in 2020 and a contender for the NFL Offensive Rookie of the Year Award. 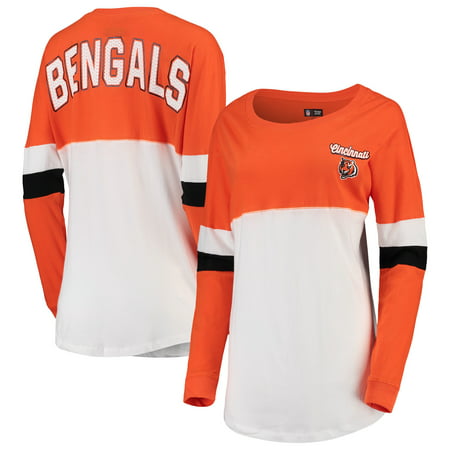 Despite having yet taken an NFL snap, Burrow has the talent on the field to be the face of the Bengals for years to come and a face seen around the NFL. As long as the Bengals, continue to put weapons around him on offense and can build a defense, the Bengals will be a steady contender in the AFC for the years to come. While time will tell if Burrow will become a Pro Bowler, All-Pro, Hall of Famer and even a Super Bowl MVP, his abilities put his NFL career path on a potential for each of those accolades.

His talent and the hype coming from being the first pick in the NFL draft has the Joe Burrow Jersey one of the most popular jerseys in the NFL.

A few interesting facts about Joe Burrow is that he comes from a family of athletes including his grandmother who set a Basketball record at Mississippi State scoring 82 points and his father is a former NFL and CFL player as well as a retired college coach. 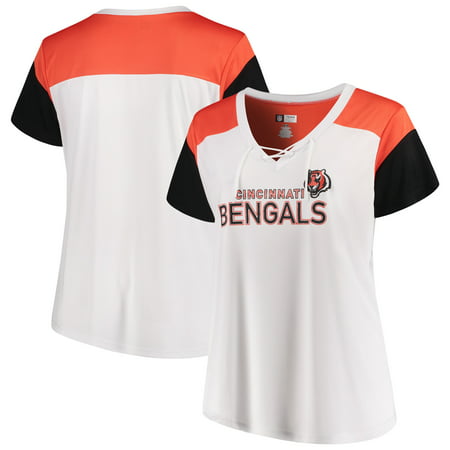 Looking to find the best pricing on a Joe Burrow Jersey or any officially licensed sports gear.  Well look no further than Walmart.com.  Yes, take advantage of free shipping on orders over $35.00 & their low prices on  the NFL clothing by Fanatics.

Get to know us better, check out our about page.